Back to Basics   October 2015   Can an off-grid holiday also be luxurious? Penny Bunting finds out in Sweden

Mystery, myth and magic   October 2015   The UK is full of weird places. We visit five that will send a tingle down your spine

Heart of Italy   October 2015   Discover the delights of Romagna, where green tourism is growing

Apple Day   September 2015   Celebrate all things apple this autumn, and try some of the UK’s heritage apple varieties

Surfing, cycling and surprises   September 2015   Lorraine Ansell finds there’s plenty to do in Cornwall, whatever the weather

If the rhino charges...   August 2015  Penny Fredericksen hikes through southern Nepal to find the Indian rhinoceros

A trip to Lourdes   August 2015   A picturesque village in the French Pyrenees offers history, food and hiking. By Lorraine Ansell

Yorkshire Nature Triangle   July 2015   There’s a wealth of wonderful wildlife in this corner of Yorkshire, as Tom Marshall explains

Walk this way   July 2015   Sally Mosley explores The Roaches in the Peak District, and finds stunning views and plenty of history

My travels ...   June 2015   Acclaimed Scottish musician and composer Duncan Chisholm talks about how travel has inspired him

Inside the magic mountain   May 2015   Something simply petrifying lurks beneath the volcanoes of the Auvergne...

Island life   May 2015   England’s red squirrels are under threat. Ken Dykes heads to Dorset’s Brownsea Island to find out more

Walk on the wild side   April 2015   There are photo opportunities galore alongside Cromford Canal, as Sally Mosley discovers

The kids are alright, mate   March 2015   We look at some great activities to keep children amused when travelling down under

Sun, sand and sea kayaking    March 2015   Sea kayaking is just one way to get active on the Mediterranean island of Menorca

Trains, trams and cable cars   March 2015   Hong Kong has one of the most efficient public transport systems in the world

Bird watching, Algarve     March 2015    Head south for one of the best bird watching spots in the Med 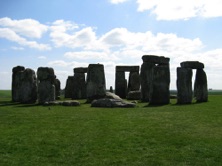